Games Hub
Register
Don't have an account?
Sign In
Advertisement
in: Supercell, Free to play, Strategy,
and 3 more

Interested in this game? Click on the banner to visit the Clash of Clans community for more information!

Clash of Clans is a popular iPad/iPhone/iPod/Android game created by "Supercell". It has been available internationally on the iTunes store for free since its initial v1.7 release on 2 August 2012, and on the Google Play Store since 8 October 2013. Clash of Clans is a strategy game where players can construct and expand one's village, unlock successively more powerful warriors and defenses, raid and pillage resources from other villages, create and join Clans and much, much more. 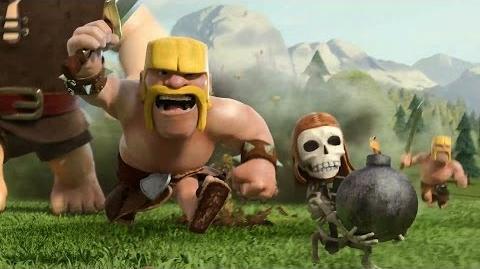