Interested in this game? Click on the banner to visit the Club Penguin community for more information!

Club Penguin is an online-based, massively multiplayer online role-playing game (abbreviated as a MMORPG) created by New Horizon Interactive in the summer of 2005. It involves a virtual world, where the players are penguins, and features a large range of minigames and other online activities, and is based on a snowy island, after which the game is named.

In Club Penguin, players create and control cartoon penguin avatars to move around the island. Although the game is free to play, players can purchase membership and get extra special features such as purchasing clothing, decorating igloos, and much more.

Players also have the opportunity to earn stamps, role-play, have snowball fights, play mini-games, and interact with other players around the world.

The game can be played in full screen or smaller screen.[1] 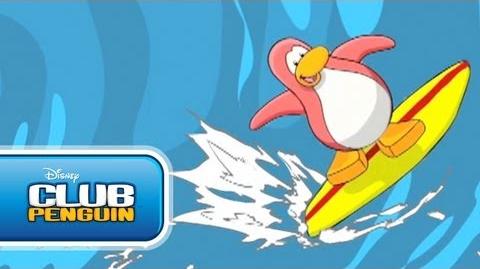 Retrieved from "https://gameshub.fandom.com/wiki/Club_Penguin?oldid=14453"
Community content is available under CC-BY-SA unless otherwise noted.