FIFA is a series of games about football including a series about street football. The first game came out in 1993 and was called FIFA International Soccer. The franchise brings out a game on a yearly base. However other series in the series aren't yearly usually except FIFA Manager. There are also series about events like the World Cup and the Euro cup.

In the FIFA games you play football/soccer games against the computer or other players offline and/or online with friends and other users. You can play with various teams from a lot of competitions.

FIFA games have a lot of features. In a lot of the games you can start a career as player or manager to get to the top. Further you can play the game mode Pro Clubs in which you have to play matches and achieve certain goals to make your player better. Another game mode is FIFA Ultimate Team, shortened FUT or UT, in which you have to build a team. You need to buy players or get them in pack which you can buy in the store from your coins or points you can buy. With better players it's easier to promote to the highest division and to win titles. You can also play short training games in most games.

Games in the series

FIFA 95 was the second game in the franchise Electronic Arts published. It came out on 8 July 1994 for the Sega Genesis. The tagline for this game was "The best console football can get". Erik Thorstvedt was on the cover of the game (Alexi Lalas on some other versions of the game).

FIFA 96 came out on 1 July 1995. On the European versions Frank de Boer and Jason McAteer were on the cover. The tagline of this version was "Next Generation Soccer". There was also a new technology used called "Virtual Stadium". Another change was that real player names were shown as well as rankings, positions, transfer and team customisation tools. There were three new leagues introduced in the game: Scottish Premier League, Allsvenskan and the Super League from Malaysia.

On 24 June 1996 the next game came out: FIFA 97. This time David Ginola was on the European covers. Bebeto was on the covers of the rest of the world. This version had the slogan "Emotion Captured". Commentary on the game is from John Motson partnered by Andy Gray.

FIFA: Road to World Cup 98 came out on 17 June 1997. The game was released for a lot platforms. Among the platforms were for example Microsoft Windows and PlayStation. The tagline of this version was "Your only goal - qualify". There were a lot of different covers released for every country. In the United Kingdom David Beckham was on the cover. On the American cover was Roy Lassiter. One of the new features of the game was that you're able to change the strictness of the referee.

On 10 June 1998 the next version of FIFA came out: FIFA 99. FIFA 99 was made available for fewer consoles than the previous version. Only Microsoft Windows, PlayStation and Nintendo 64 were supported. Also this version had a lot of different covers. Kasey Keller was on the cover for the USA version. Dennis Bergkamp was on the version for the rest of the world. The slogan for this game was "All the Clubs, Leagues and Cups". FIFA 99 didn't include the Malaysian league anymore. However there were two new leagues: the Belgian First Division and the Portuguese Liga. Further this version had a lot of graphic improvements. Beside that the game also had a "European Dream League" in which twenty top teams from across Europe performed.

This version of FIFA came out on 26 October 1999. It was released for the PlayStation, Game Boy Color and Microsoft Windows. In the United Kingdom Sol Cambell was the footballer on the cover. There were added several new leagues to the game as well as classic teams.

On 8 November 2000 FIFA 2001 came out. The game was released for the Microsoft Windows, PlayStation and PlayStation 2. Paul Scholes was the cover athlete for the version in the United Kingdom. Also the Austrian Bundesliga was added in this game.

FIFA Football 2002 came out on 1 November 2001. It was released for the platforms Microsoft Windows, PlayStation, PlayStation 2 and GameCube. The title song was "19-2000" by the Gorillaz. 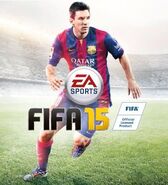 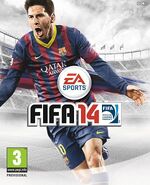 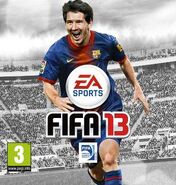 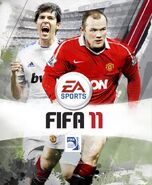 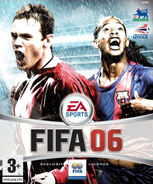 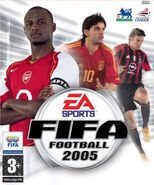 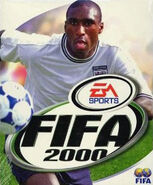 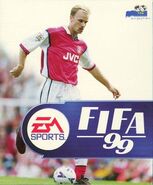 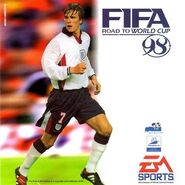 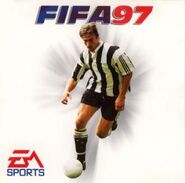 Cover of FIFA International Soccer
Add a photo to this gallery

Retrieved from "https://gameshub.fandom.com/wiki/FIFA?oldid=15722"
Community content is available under CC-BY-SA unless otherwise noted.