Interested in this game? Click on the banner to visit the Final Fantasy community for more information!

The Final Fantasy series (ファイナルファンタジー, Fainaru Fantajī) is a video game franchise developed and published by Square Enix. It is a Japanese role-playing game series with varying gameplay, settings and stories between each installment, retaining plot and gameplay elements throughout, focusing on fantasy and science fantasy settings. Though the core series is a role-playing game franchise, it has branched into other genres, such as MMORPGs, tactical role-playing games, action role-playing games, and fighting games. The series has been distributed on many platforms, beginning with the Nintendo Entertainment System, and including consoles, computers, and mobile operating systems. The series has also branched into other forms of media, particularly films, novels, and manga.

The majority of the games are stand-alone stories with unique characters, scenarios and settings, though several spin-offs and sequels to main series games continue stories within the same worlds. The series is defined by its recurring gameplay mechanics, themes and features. Commonly recurring features include the series' "mascot" creature, chocobos, that are often used as steeds; a character named Cid who is usually associated with engineering; moogles, cute flying creatures that often aid the player by facilitating some of the game mechanics; the mythology-based summoned creatures]] that can be called forth to aid players in battle and also commonly battled as bosses; the Job System where playable characters are defined by their job class; and the active time battle system, an evolution of the classic turn-base system common for JRPGs where the units' speed determines how many actions they can take.

The series' plots tend to focus on a group of characters from various backgrounds who team up to save their world while dealing with their own struggles and fighting against a central antagonist whose goal is usually world destruction. Names, designs and spells are often based on real-world mythologies, religions and cultures.

The series is Square Enix's flagship franchise and their best selling video game series with 110 million units sold (as well as revenue earned through mobile releases and MMO subscriptions), and has made an impact in popular culture, particularly for popularizing the console RPG genre outside of Japan. Its critically acclaimed orchestral musical scores, memorable and likable characters, realistic and detailed graphics and innovative mechanics have made the franchise notable in the industry.

The Final Fantasy series usually puts the player in control of multiple characters in a party, though there are exceptions. The player will build the party's strength by gradually acquiring new abilities and equipment to handle more powerful opponents. In many games this task extends beyond the main story with challenging superbosses and bonus dungeons serving as optional tests of skill. As a Japanese role-playing game, many installments—particularly the earlier installments in the main series, or the throwback spin-offs returning to old formulas—involve frequent use of menus to select items, skills and upgrades.

Battle systems have varied with the majority being menu-based with variants on turn-based combat, though others use action-based combat systems. Earlier installments have instanced battles based on random encounters while roaming the world map, while some later games (beginning with Final Fantasy XII in the single-player main series games) have free-roaming enemies that are engaged without transition. Battle commands typically feature a basic physical attack with the equipped weapon(s), a magic skillset (with magic spellsets featuring a tiers naming system), other special command abilities (such as Steal or Throw, or a skillset such as summoning monsters), and a set of items, though the player may also try to flee from many normal encounters. The characters normally have an HP and MP stat (though some games ignore MP), where HP determines the damage characters can take before they are KO'd while MP determines how many spells or other abilities a character can use. Most games also feature elements and status effects, nuances which can affect the course of a battle, with the enemies and allies attacking with or fending against them to exploit the weaknesses of a foe or to prepare for an upcoming encounter.

Character growth determines how player characters learn new abilities and boost their stats. Unlike battle systems, character growth systems are less consistent throughout the series, and players must internalize the systems to make the correct decisions. The only consistent character growth mechanic used in the series has been the level based system where characters raise their level through Experience Points|experience points earned in battle to improve stats and sometimes learn new abilities. Even this system has been excluded from some games, such as in Final Fantasy X and Final Fantasy XIII, where only ability points are accumulated from battles that can be expended for both better stats and new skills.

Typically, characters can equip armor weapons and accessories, where armor provides defensive boosts, weapons determine the strength and type of the attacks used, and accessories provide various supporting abilities or bonuses. There are rarely optimal sets of armor or accessories, though many games feature ultimate weapons for each character, often involving sidequests to obtain them.

Outside of battles the player can explore the field for items, dialog with non-player characters, and for trading in gil for items and gear. In games featuring instanced random encounters, the party will encounter an enemy randomly while exploring dangerous areas (though abilities to reduce the encounter rate can be learned), while games with free-roaming enemies have enemies appear in the dangerous areas for the player to engage or avoid.

Though the MMO releases, Final Fantasy XI and Final Fantasy XIV, are members of the main series, with the exception of some abilities, some equipment, and the job system, they deviate from the traditional gameplay format due to their nature as games of a different genre. The MMOs are free-roaming with enemies appearing on the field, rarely use traditional menu systems (instead abilities are selected from a player-customized list) and use various features typical of MMO games. Being multiplayer games they include player interaction as well as trading between players. The player does not control a party, but multiple players can form one to fight in dungeons and against bosses.

The spin-offs' gameplay can deviate a lot from the main series. While spin-offs tend to include gameplay fundamentals, if only in abilities and ability names, many stick to role-playing game elements. As an example, although Dissidia Final Fantasy and games following its format are fighting games, they still feature character growth, characters using their specific abilities, and similar equipment systems. Another notable spin-off, Final Fantasy Tactics, is a tactical role-playing game with a job system that uses tactical unit command as opposed to one of the battle systems featured throughout the main series. Many games also feature action elements, such as Final Fantasy Type-0, while others include shooting elements, such as Dirge of Cerberus -Final Fantasy VII-, but still keep the series fundamentals.

Many spin-offs have been released on mobile platforms that use simplified forms of typical battle systems, such as Final Fantasy Record Keeper. Other games use collectible card gameplay, barely reminiscent of the main series.

The Final Fantasy series' settings range from traditional fantasy to science fantasy. Each game focuses on one world that vary drastically in backstory, technological advancement and culture. Humans are the dominant sapient species, with chocobos, moogles and several enemy species being the most commonly recurring non-humans. The worlds often feature Crystals that throughout early settings were magical phenomena fundamental to the elements of the worlds, but in others have different roles.

One key theme in the series is dualism, presented in many ways, such as through a contrast between two worlds, between two heroes/heroines, and between a protagonist and an antagonist. Most often this dualism represents a balance that is disturbed by outside forces, forcing the protagonists to restore it. Other times, the "balance" set is deemed unjust by the protagonists and they must instead end the cycle to free the world. 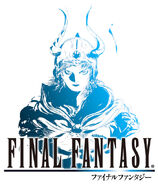 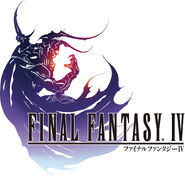 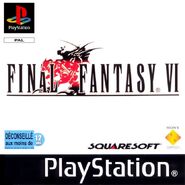 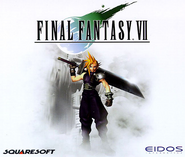 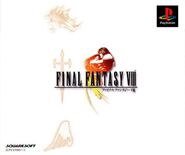 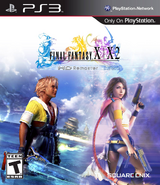 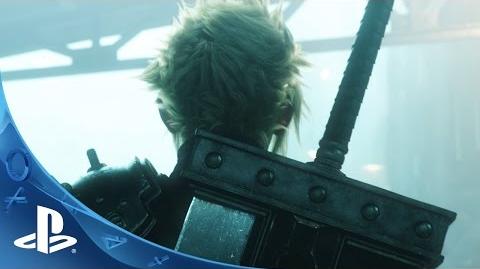 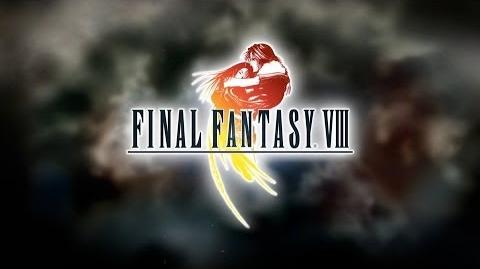 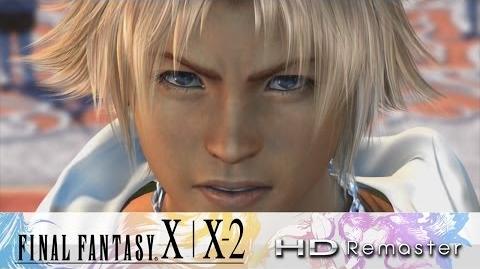 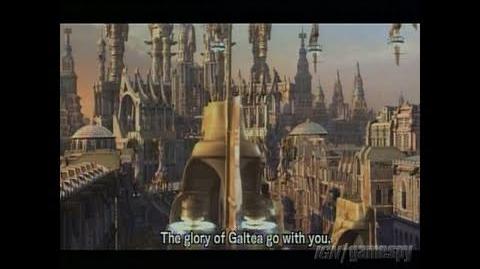 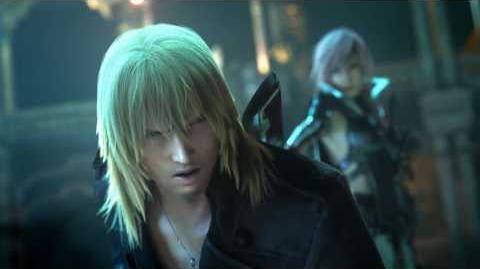 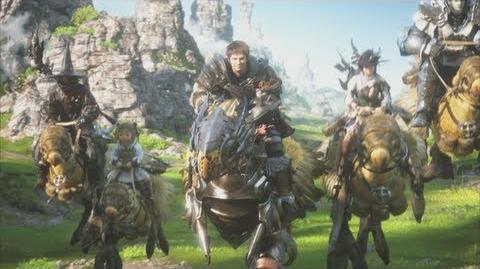 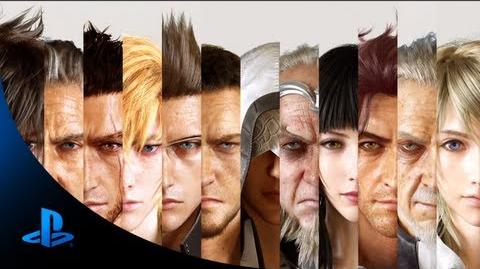 Retrieved from "https://gameshub.fandom.com/wiki/Final_Fantasy?oldid=19468"
Community content is available under CC-BY-SA unless otherwise noted.