Interested in this game? Click on the banner to visit the Fire Emblem community for more information!

Fire Emblem is a popular turn-based tactical RPG video game franchise, developed by Intelligent Systems, and published by Nintendo. It is the first of its genre (the tactical role playing game), and it is based on medieval times.

From the first game (released in 1990) to the 6th game (released in 2002), this series was only released in Japan. In 2001, Nintendo released Super Smash Bros. Melee, a fighting game with characters from many different Nintendo games. The Japanese version included Marth and Roy, from previous Japan-only Fire Emblem releases. In North America, the game went through debug testing, and Nintendo of America decided to keep them in the North American version. It was because of their popularity in North America that Nintendo of America decided to localize and market the Fire Emblem franchise to North America and Europe.

Fire Emblem: Rekka no Ken, the seventh title in the series, became the first Fire Emblem game outside Japan, though it was simply titled "Fire Emblem".[1]

Fire Emblem: Shadow Dragon and the Blade of Light

Fire Emblem: Mystery of the Emblem 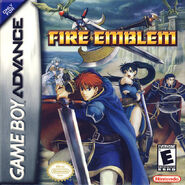 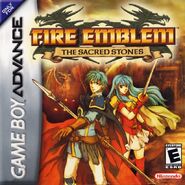 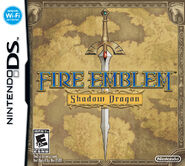 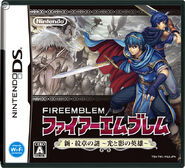 Fire Emblem: New Mystery of the Emblem ~Heroes of Light and Shadow~ 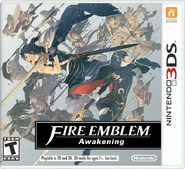 Fire Emblem if
Add a photo to this gallery

Retrieved from "https://gameshub.fandom.com/wiki/Fire_Emblem?oldid=17284"
Community content is available under CC-BY-SA unless otherwise noted.