Interested in this game? Click on the banner to visit the Geometry Dash community for more information!

Geometry Dash is an arcade-style game developed and published by RobTop Games. It was released for $1.99 USD on August 13, 2013 for iOS and Android, and for $3.99 USD on December 22, 2014 for Steam. A Lite version of the game is available on mobile devices with fewer features, as well as a free expansion, Geometry Dash Meltdown, which includes exclusive levels.

The player takes the form of different entities with unique mechanics such as a cube, a ball or a UFO. Using one-touch gameplay, the player must try to navigate through a series of interactive obstacles and behaviour-manipulating portals to reach the end of levels without crashing, while listening to exciting soundtracks along the way.

As of v2.0, there are twenty main levels. In addition, there are numerous features including achievements, leaderboards and customisation rewards, custom level creating and downloading, personalised user accounts and Everyplay support.

Geometry Dash includes a number of features such as: 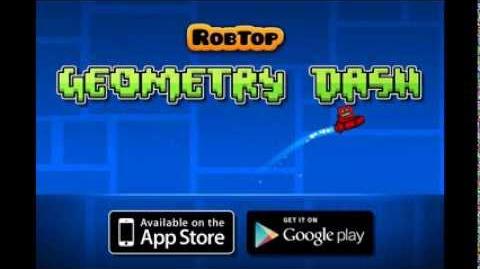 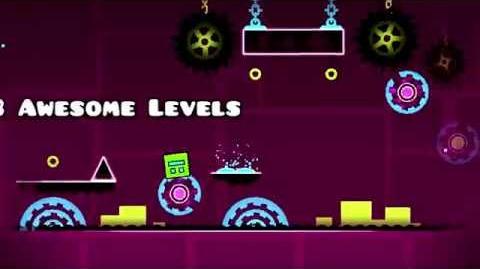 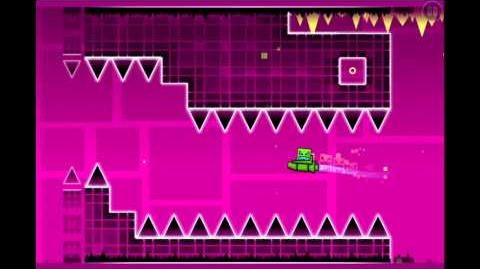 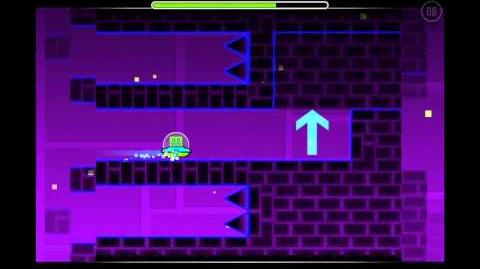 Geometry Dash - Level 12 - Theory of Everything
Add a photo to this gallery
Retrieved from "https://gameshub.fandom.com/wiki/Geometry_Dash?oldid=21688"
Community content is available under CC-BY-SA unless otherwise noted.