Wizards of the Coast

The Kaijudo trading card game is based on the Kaijudo: Rise of the Duel Masters series. 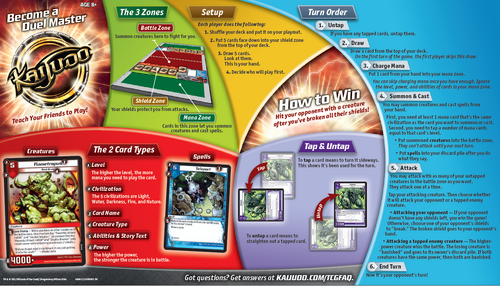 Add a photo to this gallery
Retrieved from "https://gameshub.fandom.com/wiki/Kaijudo?oldid=20239"
Community content is available under CC-BY-SA unless otherwise noted.