Interested in this game? Click on the banner to visit the LEGO Dimensions community for more information!

LEGO Dimensions is a toys-to-life video game, in the style of Disney Infinity and Skylanders, developed by LEGO and Traveller's Tales, to be released on September 27, 2015 for North America and September 29th, 2015 in Europe. It will be available for Xbox 360, Xbox One, PlayStation 3, PlayStation 4, and Wii U.

The game was announced to be in development on April 9, 2015, but was first rumored a few weeks before.

For the first time in any LEGO videogame, characters from iconic entertainment franchises join forces and battle in worlds outside of their own. In addition to the game, the LEGO Dimensions Starter Pack will include the LEGO Toy Pad, which allows players to transport special LEGO minifigures and other LEGO objects into the game, bricks to build the LEGO Gateway, three LEGO Minifigures, including LEGO Batman from DC Comics, LEGO Gandalf from The Lord of the Rings and Wyldstyle from The LEGO Movie, plus the LEGO Batmobile.

In addition to the three minifigure heroes used to start the experience, LEGO Dimensions will allow gamers to customize their experience with additional expansion packs. Highly collectible Level Packs, Team Packs and Fun Packs will provide new buildable characters, vehicles, tools and gadgets, as well as compelling game content with new mission-based levels and unique in-game abilities. All expansion packs will feature well-known properties and provide gamers the opportunity to use everything interchangeably, anywhere throughout the game – with no limitations.

There is an ancient planet at the center of the LEGO Multiverse inhabited by an evil mastermind, Lord Vortech. It is said that he who controls the Foundational Elements that this planet is built upon, controls all of the Multiverse. Lord Vortech has vowed to be that ruler, summoning characters from a variety of LEGO worlds to help him find these building bricks of LEGO civilization. Some have agreed. Others have rebelled. And only the combined powers of the greatest LEGO heroes can stop him.

When a mysterious and powerful vortex suddenly appears in various LEGO worlds, Robin, from the DC Comics universe, Metalbeard, from the LEGO Movie universe and Frodo, from the Lord of the Rings universe are swept away. To save their friends, Batman, Gandalf and Wyldstyle bravely jump into the vortex. As they journey to locations beyond their wildest imaginations in search of their friends, they soon realize that Lord Vortech is summoning villains from across different LEGO worlds to help him gain control. As his power grows, worlds mix, unexpected characters meet and all boundaries are broken. Our heroes must travel through space and time to rescue their friends before the vortexes destroy all of LEGO humanity.

The Starter Pack is a LEGO Dimensions set. It includes the game itself and Batman,Wyldstyle and Gandalf minifigures.The Starter pack also includes a buildable Batmobile vehicle,Toy Pad and LEGO Gateway.

There are three kinds of Expansion Packs in LEGO Dimensions,these are Fun Packs which include one Minifigure and a Vehicle or Gadget,then we have the Team Pack which includes two Minifigures and 2 Vehicles/1 Vehicle and 1 Gadget or 2 Gadgets and finally the last Expansion packs are the Level packs which include a special level for that specific franchise in game. 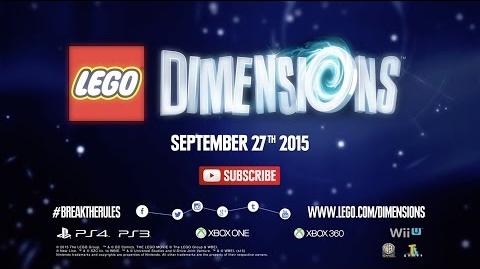 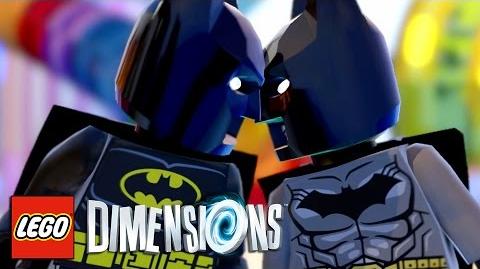 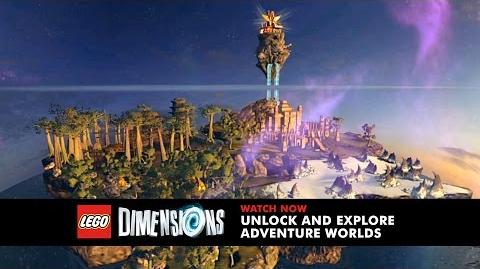 Retrieved from "https://gameshub.fandom.com/wiki/LEGO_Dimensions?oldid=20252"
Community content is available under CC-BY-SA unless otherwise noted.