Interested in this game? Click on the banner to visit the Monster Hunter community for more information!

Monster Hunter is a hack and slash, strategy, adventure game originally released September 21st 2004 in North America. The game is a simulation of hunting in a world filled with deadly monsters. Like actual hunting, successfully killing or capturing a monster requires the use of strategy, skill and provided items. Monster Hunter sold poorly in Europe and the Americas due to being given no advertising; however, it was a huge hit in its native land, Japan.

Monster Hunter Freedom Unite is the western release of Monster Hunter Portable 2nd G. It was released across America on June 22, 2009, Australia on the 25th of June, and Europe on the 26th of June. Via Ad-Hoc functionality. players were able to adventure with up to four friends.

For a complete list including Spin-offs, see the MH wiki page. 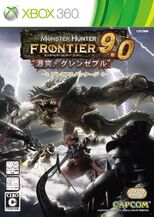 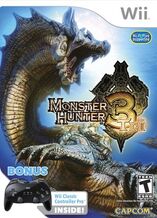