Everyone
Interested in this game? Click on the banner to visit the Rhythm Heaven community for more information!

Rhythm Heaven (Also known in Europe as Rhythm Paradise and Rhythm Tengoku in Japan,) is a visual music game franchise, developed by Nintendo SPD1 and published by Nintendo. This game features bright, colorful and even rhythmic visuals which is known to make this game unique and fun for everyone.

Rhythm Heaven '​s gameplay focuses on audio cues rather than visual cues to convey information to players. It features a number of unique stages which have their own type of rhythm and gameplay. Players follow the rhythm (in some levels as a character) until the end where they are given a score based on their performance. The gameplay and music were both well received by critics and consumers. As of December 6 2015, total japanese sales of Rhythm Tenogku The Best Plus reached 510.000 copies.[1] 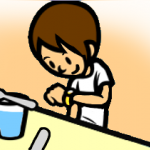 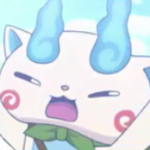