Skullgirls is a downloadable 2D fighting game developed by Lab Zero Games and published by Autumn Games and Konami. It was released on PlayStation Network in North America on April 10, 2012 and on Xbox Live Arcade a day later on April 11, 2012. Its European release was on May 2, 2012. A PC version of the game was released via Steam on August 22, 2013, with all purchases coming with a frequently updated beta version known as the Skullgirls ∞Endless Beta∞.

Set in Canopy Kingdom, characters are fighting for the opportunity to control the mysterious Skull Heart, an artifact with the ability to grant wishes, albeit at a substantial cost. The Skullgirl is a monster that haunts humanity: the result of those with an impure soul attempting to use the Heart. 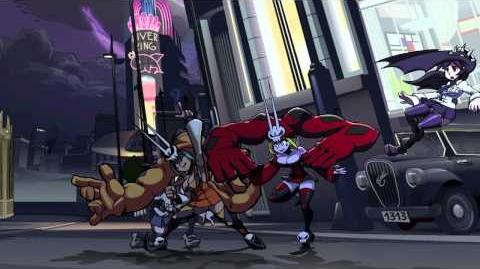