Uncharted is a series of video games developed by the award-winning company Naughty Dog for the PlayStation 3. Each game revolves around the adventures of protagonist Nathan Drake; a modern-day treasure hunter and action pro, as he attempts to unearth various historical mysteries.

Uncharted: Eye of Indra' is a four-part motion comic prequel which sets up the events of Drake's Fortune. A few weeks before the first game, it follows Nate and Eddy Raja in Indonesia, as they attempt to steal an artifact called the Eye of Indra from a crime lord named Daniel Pinkerton.

A motion comic of the prologue to Drake's Fortune was created, using the same voice clips from the game.

Uncharted: Drake's Trail (2009) was an internet game located on the official European Uncharted website. As a private investigator hired by character 'Elena Fisher', the object of the game was to find Nate by following his trail using various clues left behind by him. This game is no longer available. There is however an Uncharted 2 minigame released on the official European site that is still currently active.

Uncharted: The Fourth Labyrinth is a novel written by Christopher Golden, and is a story about the Daedalus' Labyrinth, a maze used to hold the mythical Greek monster; the Minotaur. The book was released on October 4, 2011. Another book titled Drake's Journal was written by Nolan North and chronicles the making of Uncharted 3: Drake's Deception.

Uncharted 3: Race to the Ring is a reality TV/game show that aired in October 2012 on Spike TV. 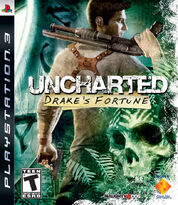 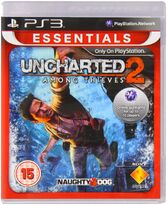 Retrieved from "https://gameshub.fandom.com/wiki/Uncharted?oldid=19985"
Community content is available under CC-BY-SA unless otherwise noted.