2K and Gearbox have revealed a new batch of screens from their upcoming game Borderlands: The Pre-Sequel. The images detail the game's new playable characters: Athena the Gladiator, Wilhelm the Enforcer, Nisha The Lawbringer, and Claptrap the Fragtrap.

They've also released a new trailer for the game entitled The Last Hope, which shows of some new gameplay, including Claptrap in action. Check all the info out below, then scoot over to the Borderlands Wikia for even more news and info! 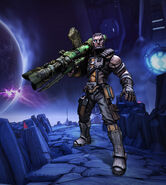 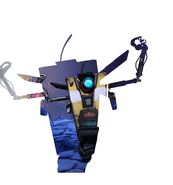 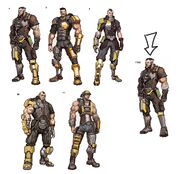 Retrieved from "https://gameshub.fandom.com/wiki/User_blog:Pseudobread/Borderlands:_The_Pre-Sequel_at_Gamescom_2014?oldid=7636"
Community content is available under CC-BY-SA unless otherwise noted.