If you're not already aware, EVO 2014, the world championship of competitive fighting games, is this weekend, July 11th-13th! Ultra Street Fighter IV, Ultimate Marvel vs. Capcom 3, Injustice, Killer Instinct, BlazBlue:Chrono Phantasma, Super Smash Bros., Tekken Tag Tournament 2, and The King of Fighters XII are will all be there, so tune in for your favorite game and root for your favorite player!

Check out the streams and the schedule for the whole weekend below, and make sure to vote in Wikia's Fighting Game Bracket Tournament, and support your favorite fighter! 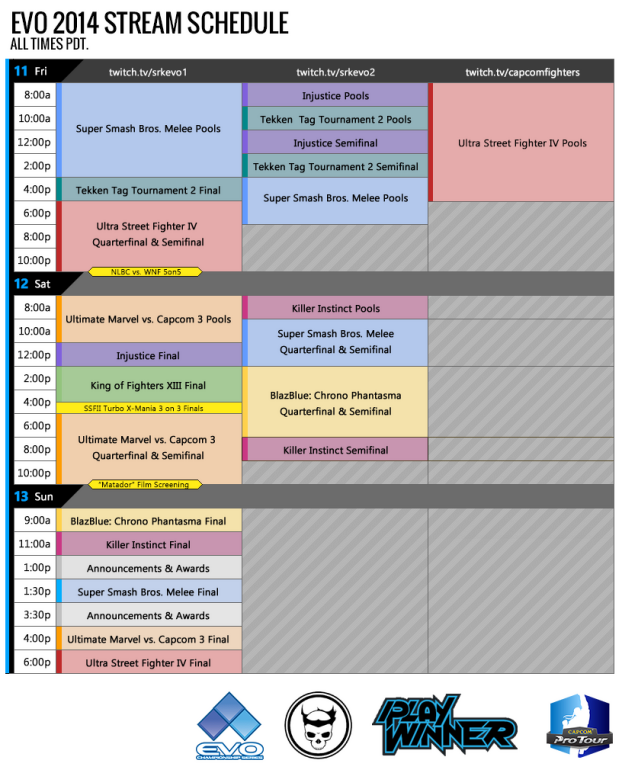