Few games embody the spirit of competition better than fighters; you and your opponent sit down, pick a character, and duke it out to see who's best. And in the process of beating up your friends, it's hard not to have a few favorite characters. Which is your favorite? Ryu from Street Fighter? Sub-Zero from Mortal Kombat? Terry Bogard from Fatal Fury?

We've assembled a massive lineup of the 64 strongest, fastest, most popular fighting game characters ever, to duke it out and see which warrior will emerge the Ultimate Fighting Game Champion!

There will be rounds of voting until just one fighter is left standing, so get in there and Vote! Share this contest on social media to help get more votes and see your favorite fighter make it to the end!

Wolverine is your Fighting Game Bracket Tournament champion! Thanks to everyone who voted! 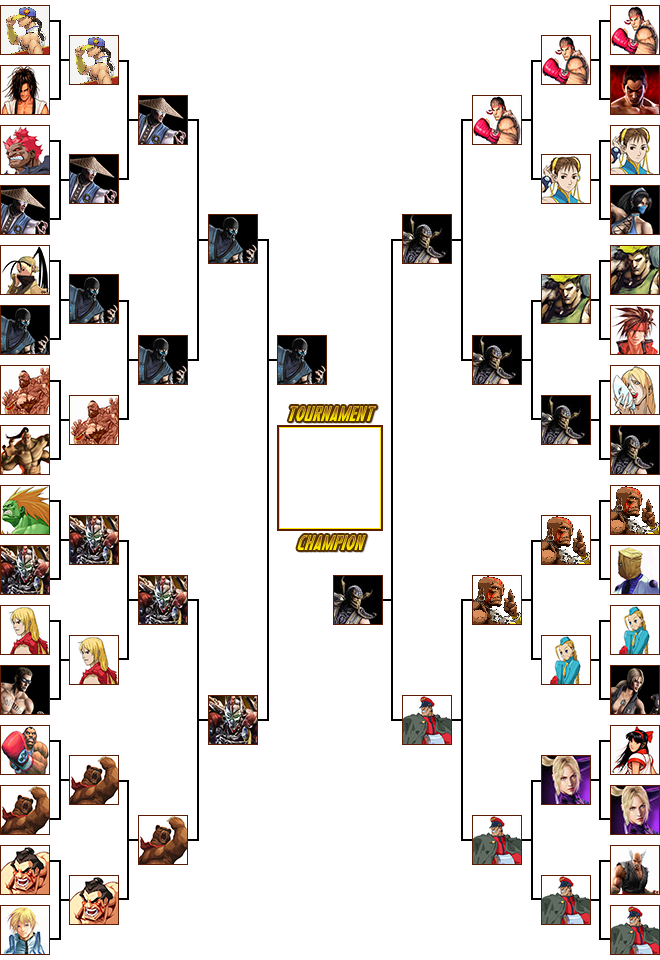 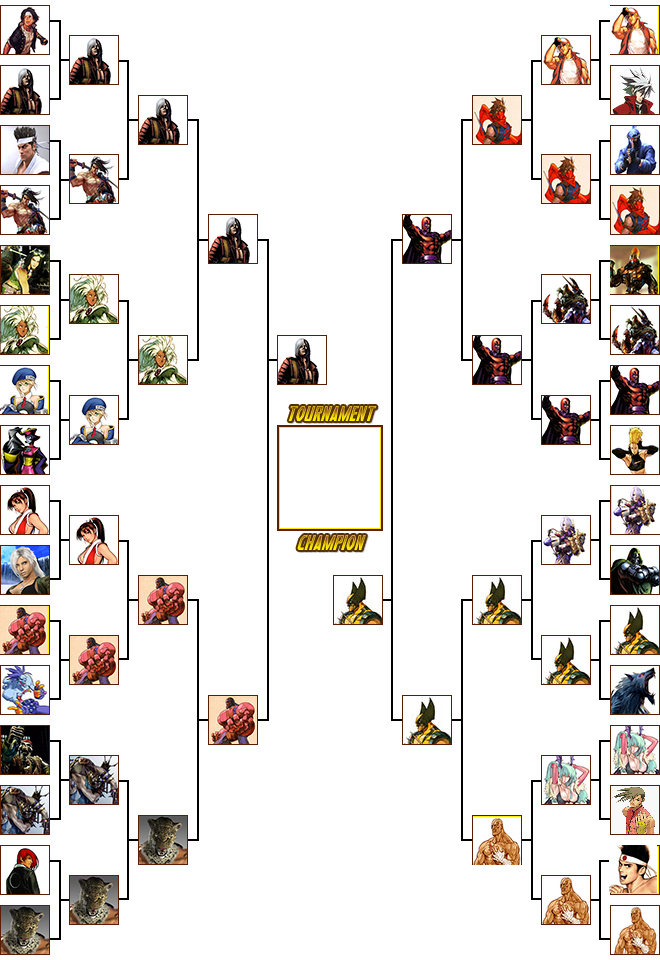