We had a chance today to hear Alien: Isolation's Creative Director talk about making the game and got to see some prototype footage of some very early builds. The most surprising bit of info that came out of the talk was the fact that in its initial stages, the game was third, not first, person: 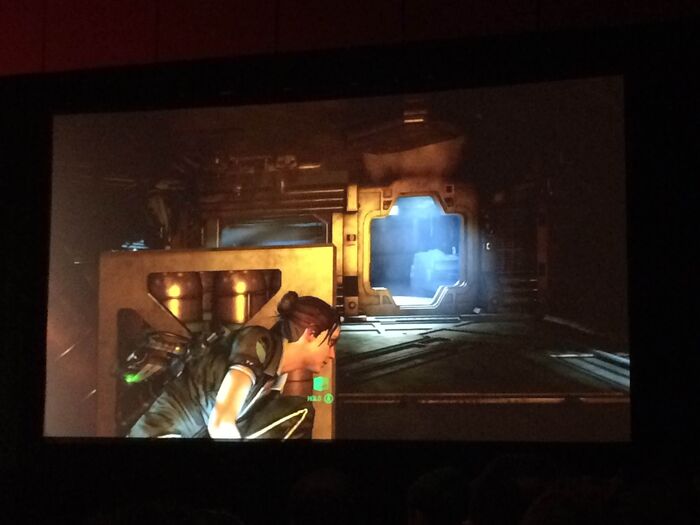 The game resembles traditional Survival Horror games (Resident Evil, Dead Space etc.) a lot more strongly in third person, and the heavy cover mechanics give it an almost Gears of War feel. So why did they back away from this design choice?

Alistair also pointed out that the game’s lo-fi sci-fi look, while pulled from the movie, was still essential to the feel of the game. The chunky CRT monitors, big buttons, and other old tech removes the idea of technology as a magic bullet that can save the player or make them feel safe. He made a good point that while the Motion Tracker may seem like a high tech device, it’s ultimately just a big thing that indicates how far from certain death you are.

So why did a team mostly known for RTSes, sports games and PC ports decide to make a first-person survival horror game? The reason was simple:

“Nobody made the Alien game we wanted to play.”