The Danganronpa series is about as weird and unpredictable as it gets. Featuring a group of "ultimate" high school students who have to kill to survive, there's twists and turns all over the place. So how does someone create such appealing characters and retain the element of surprise in their game? Kazutaka Kodaka gave us a peek under the hood at his process.

He began with a brief aside though, comically calling out the poor sales number of the PlayStation Vita in the US: 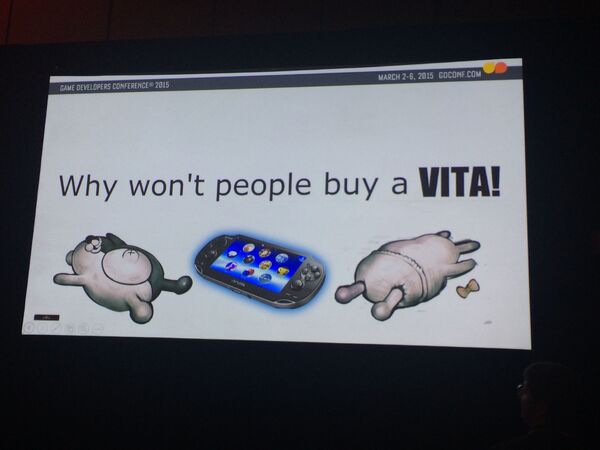 While the game's characters, scenario, and mechanics are all worked on at the same time, Kodaka stressed that “the player experiences the story and games system through the characters.” and that "A memorable game needs memorable characters." 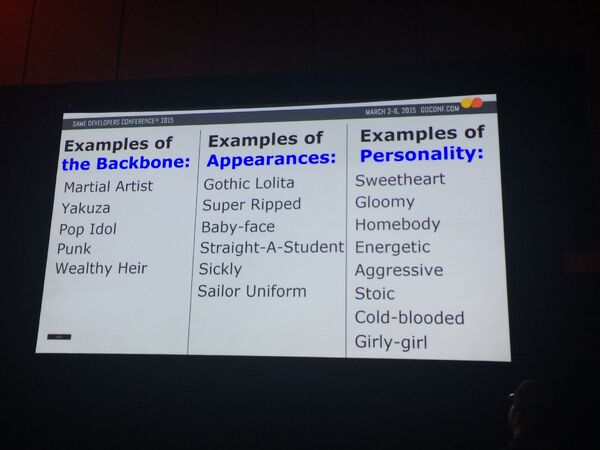 Kodaka then shared the system with which he usually brainstorms characters, a series of traits each sorted into one of three categories: Backbone, Appearance, and Personality. Each trait is flexible, and he suggests everyone else find their own definitions, but by mixing three traits he's able to have a rough idea of a game character.

He then showed the keyword process in action with one of the first game's characters: 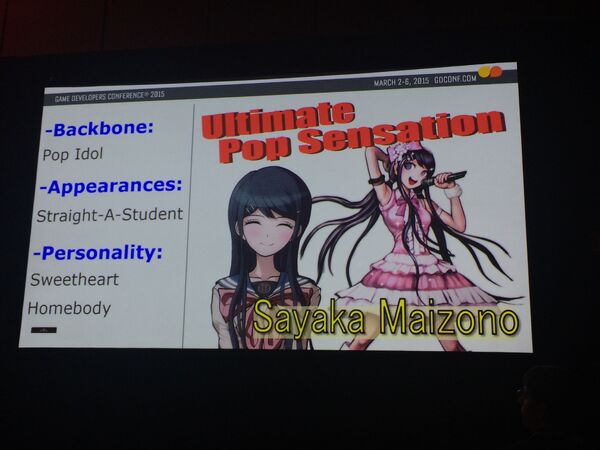 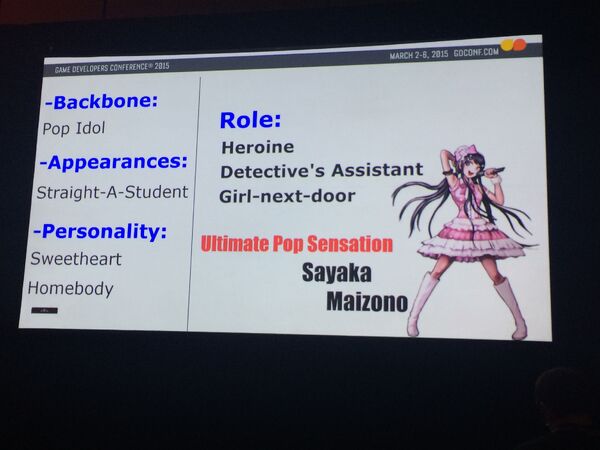 The next step is defining the character's role outside of their traits. Continuing with Sayaka as the example, Kodaka identified her defining roles a heroine, a detective’s assistant to the player, and the girl next door. These decisions were based on the previously selected traits. Kodaka quickly noted though that it "Needs something more." 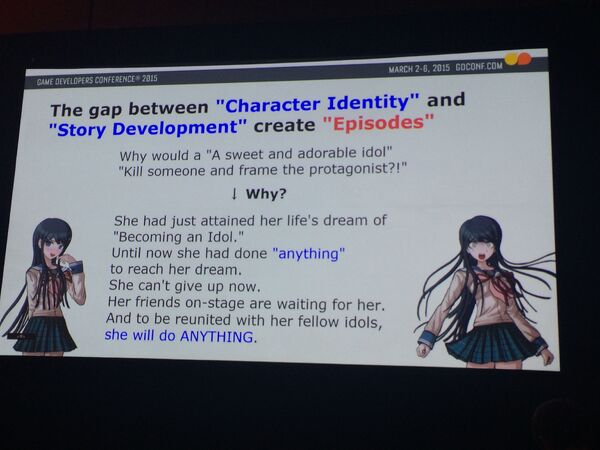 Most players would hope to build a relationship with the girl next door/a pop star, but “I want to intentionally think in the other direction.” What if she was the first victim? And she was premeditating murder? And scheming to frame the player/protagonist?

It's a big twist, but Kodaka pointed out that hard contradictions are okay, and the the larger the gap between the character and the event, the better. The gap between character identity and story development create dramatic episodes that draw the player in. Unexpected events story development enriches a character’s identity. Why would a sweet and adorable girl kill someone and frame the protagonist? 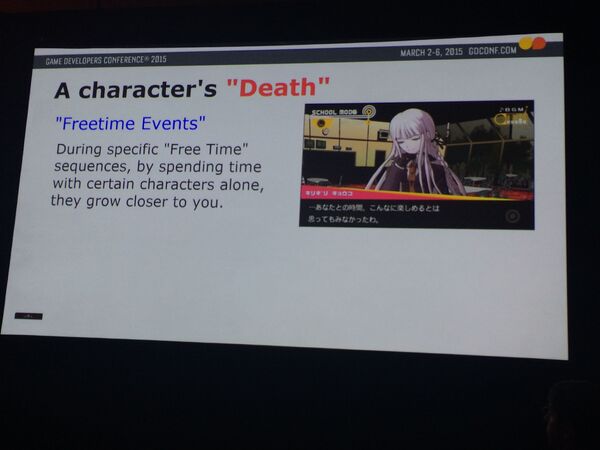 Kodaka makes sure that the character's event, no matter how radical, still has some level of sympathy. The game's freetime section is a great way to generate empathy and what Kodaka called "subjective love" for the characters. You get to know them, and seeing as you never know when/if they will die, it increases the impact when/if they do. Regarding Sayaka, "Even though her actions were cruel, I can still love her."

Kodaka concluded that while he generally agrees with the well known writing tip "Don’t ever use the character as a pawn”, as a character's human element start to disappear or detatch when used as such, he "(doesn't) necessarily agree 100% with this." Instead he suggests "Don’t make it look like you’re using characters as pawns."

Finally, in order to create a strong character, the writer must find something in the character to love and care about. Kodaka also pointed out that you have to be able to love a wide type of characters, otherwise you might end up with a lot of them seeming too alike. When listing out things you like, look at a very wide spectrum of entertainment, and develop your love for a very wide variety of characters.

Retrieved from "https://gameshub.fandom.com/wiki/User_blog:Pseudobread/GDC_2015:_Creating_Danganronpa_Writing_Tips_from_Kazutaka_Kodaka?oldid=13014"
Community content is available under CC-BY-SA unless otherwise noted.