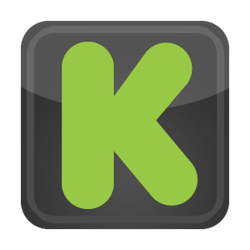 Every month literally hundreds of would-be game developers reach out to potential backers via Kickstarter. How many succeed out of those? A small handful. Whether it's because of their pitch, the assets they provide, or any sort of reputation they’ve built up, potential backers find something to like in these projects, so much that they’re willing to foot the bill for continued development.

When the money comes in, the fervent hope of all is that development will continue smoothly and a great product will launch sometime before the next Ice Age. It’s easy to put ourselves into the shoes of a backer, whether it’s contributing one dollar or thousands. Backers have expectations. They want a quality product delivered in a timely manner. But what about the developers? Surely it’s a celebratory day when the bright green letters splash “Funded!” across their page, but what about after?

We had the opportunity to listen to a panel of successful Kickstarter developers at PAX Prime and got their side of the story. There were really four points that came across: pressure from backers, responsibility, transparency, and feedback.

Nearly all of them surprised us by saying that the pressure from backers is virtually nonexistent, especially in this day and age of a now-robust Kickstarter site where one could potentially donate a dollar to hundreds of projects at once. Of course, these gentlemen were also a big fan of transparency (see below) which likely plays a very large part in this mentality.

Instead of backer pressure, however, what they all experienced was an internal pressure, an immense responsibility to take this money that is handed to them in good faith and deliver. Some learned early in their careers that this could be a curse; they would focus so much on perfection, they started to forget that players didn’t care about the particulars of a perfect skybox, but about the gameplay itself. It’s a valuable lesson.

Yet at the same time this pressure can help with maintaining focus. If one doesn’t care about backers, a project can easily spin off into oblivion as deadlines are pushed back, etc. So this pressure of responsibility keeps them in check and the process in line. One of the panelists mentioned that Kickstarter is, in a way, “democratizing capitalism”; in other words, the consumers are essentially voting a project into existence through their pocketbooks, and with that recognition of value, there is a responsibility to deliver.

So that brings a question to mind: if delivery and quality are paramount, and the backers are the lifeline, how much transparency is enough? The simple answer is: as much as possible. Every step of the way updates should be given, even if those updates seem trivial at the time. Why? So the backers can see how their money is being used, how the process is coming along, and why certain elements may need further tweaking or postponement. There is, in short, never a good time to be quiet. In fact, probably any backer can tell you they can sense trouble with a project when communication suddenly falls silent. Transparency is essential, but the line is drawn when it comes to human resource issues, litigation, or mergers and acquisitions. After all, these projects are still businesses, and some things should be kept close to the vest.

Besides keeping backers happy, transparency also leads to excellent feedback. Who are they making the game for? Backers! So of course their feedback is desired. The way feedback is gathered can be fairly robust, whether it’s surveys during the game, metrics of gameplay (how often a player dies, when, and how), official forums, or social media. Playtesting is a must. Some feedback can come from places never dreamed of, if some media outlet or site catches wind of something they like, so an ear has to be kept to the wind for that. Ideas also come from this feedback, and one of the best ways to weigh those ideas is through a public voting system. The higher the vote for an idea, the higher the likelihood devs will take a look at it.

Retrieved from "https://gameshub.fandom.com/wiki/User_blog:Raylan13/Dev_Perspective:_Indie_Games?oldid=8408"
Community content is available under CC-BY-SA unless otherwise noted.