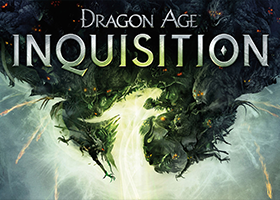 We'd like to take opportunity to thank folks for voting in the Best of E3 poll and to congratulate the winner: Dragon Age: Inquisition! The Dragon Age wikia now has a wonderful badge displayed on their front page to highlight this accomplishment.

The voting started out close between several notable titles, including Assassin's Creed, Destiny, and Shadow of Mordor. Eventually Super Smash Brothers rose in the standings, but Dragon Age soared above them all in the end, taking a massive lead. With the Inquisition taking hold of the community, favorable votes soon poured in with a slew of confessions. Which we won't post here.

There were approximately 750 votes total, of which Dragon Age received the, um, dragon's share.

Retrieved from "https://gameshub.fandom.com/wiki/User_blog:Raylan13/Fan_Choice_Winner?oldid=5919"
Community content is available under CC-BY-SA unless otherwise noted.