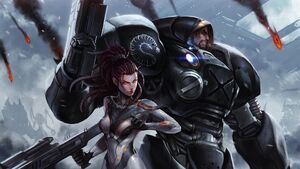 ESports has taken the gaming industry by storm within the last decade, ramping up into what it is now and continuing to grow, mature, and branch out amongst the gaming genres. Surely we've all heard about the sometimes obscene amounts of money awarded to winners of such tournaments as StarCraft or League of Legends - but what the heck is an "eSport" and how does it fit into the gaming world overall?

On Friday Wikia had the opportunity to host a panel sponsored by the makers of StarCraft, Blizzard Entertainment - arguably one of my favorite developers. The best definition of what eSports are in general came from host and commentator Alex Mendez: there's competitive play, where we're all sitting around with our friends at home, shooting each other in Halo, or part of a LAN party; but then there's that next level that's still competitive play, but it's organized and features the absolute best players of that particular genre or game, typically competing for a hefty sum of cash. Matt Dahlgren, eSports director for CapCom, susses out what really makes eSports stand apart from "traditional" sports like baseball or football - that there's no requirement for a top-level physique and no real age-limitation. A top player could, if properly supported, remain in her/his position for decades and make a real career out of it.

Of course, that's one of the components missing at this juncture. ESports is young in relation to all the other professional sports arenas out there. As such, teams and leagues can't make a true career out of what they do because the support infrastructure isn't there yet. That's something someone like Craig Levine, Executive VP of ESL, wants to see happen. 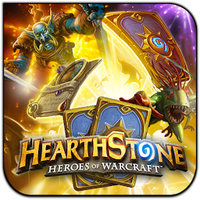 Yet what makes a game an eSport? What requirements does it need to meet? Alex was fairly adamant that a good, solid game required two features to make it easily accessible as an eSport - one of these was a Spectator Mode, a way for people to easily watch the game and thus make it easier to host. Trevor Housten, eSports manager for Blizzard, disagrees, and rightfully so: Hearthstone, one of their newer IPs, has taken the eSports community by storm in the past few years, and yet it doesn't have a Spectator Mode (yet). So while it certainly makes things easier, he argues, what a game truly needs is to be great and then attract great players to it that want to compete. Really what it all boils down to is that there's no "silver bullet" that's going to guarantee a game becomes an eSport.

Speaking of silver bullets, how can players help support their favorite teams or personalities? Someone in the crowd rattled off a long list of potential avenues ranging from buying merchandise to donating to the cause. Andrew Zucosky of Shacknews summed up an answer pretty succinctly: do any and all of the above. Do whatever is in your means. In reality, though, fans don't have to pump any money into it - minimally all it takes is jumping into your favorite stream or watching your favorite tournament to get the number of viewers up. If eSports can prove there's a massive audience out there - and there has been for a number of these events - then that only goes to further legitimize the field.

Retrieved from "https://gameshub.fandom.com/wiki/User_blog:Raylan13/Welcome_to_eSports_-_PAX_Prime_2015?oldid=17546"
Community content is available under CC-BY-SA unless otherwise noted.